The Board of Regents adopts a resolution that a department of law be established at the University of Washington. 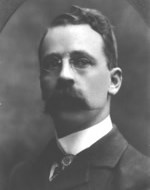 University of Washington's Department of Law opens in downtown Seattle. The school is housed in two rooms of a building known as "Old North," located at Fourth and Union. John T. Condon is appointed dean and is the only full-time professor. The first class has at least 34 students including a student of African-American heritage, a Japanese student and three women. 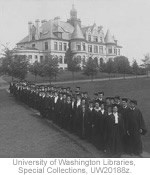 The law school moves into the attic of Denny Hall. The law library collection, built from the private library of Dean Condon, is small enough to fit in two wheelbarrows. Denny Hall is the first of several temporary locations for the law school on main campus.

The University of Washington becomes a member of the Association of American Law Schools. 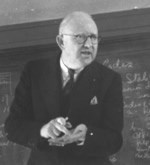 Dr. Arthur S. Beardsley, a lawyer and historian, appointed first director of the Law Library; the collection consisted of 20,000 volumes.

The law school is accredited by the American Bar Association.

The law school moves into its first permanent home, newly-constructed Condon Hall in the main quad. When the law school moves out 41 years later, the building is renamed Gowen Hall, which now houses the departments of Political Science and East Asian Language and Literature.

Professor Judson Falknor appointed dean. A 1919 University of Washington School of Law graduate, he is a nephew of Dean Condon and a distinguished member of the Bar. The annual Falknor Appellate Advocacy Moot Court competition is named in honor of him.

Dr. Arthur S. Beardsley establishes the Master in Law Librarianship program. It was the only library program in the United States to require a law degree for admission.

Marian Gould Gallagher appointed Law Librarian and Professor of Law. Her career as director of the University of Washington Law Library spanned 37 years, until her retirement in 1981.

A formal placement program is established at the law school, with Professor J. Gordon Gose as Placement Officer. Today, the law school has a Student and Career Services Office headed by an Assistant Dean and home to the William H. Gates Public Service Law Program.

Marjorie Rombauer appointed professor of law. She is the first non-librarian, tenured female faculty member at the law school. 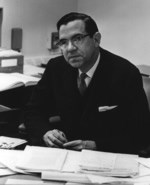 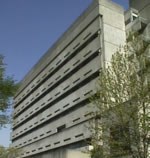 The law school moves off-campus to the second Condon Hall on Campus Parkway. The building increases the school's square footage substantially but is intended to be Phase 1 of a larger project. Phase 2 never begins.

The Board of Regents rename the University of Washington School of Law Library to honor Marian Gould Gallagher's invaluable contributions to the University's law school and professions of law and librarianship.

The Trial Advocacy Program is established. 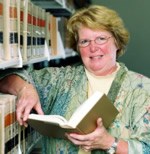 Penny A. Hazelton appointed law librarian and professor of law. Today the library has over 700,000 volumes, making it one of the largest law libraries west of the Mississippi.

First student computer lab is carved out of a corner of the library.

Professor Wallace Loh appointed Dean. He is the first Chinese-American law school dean in the nation. He begins the drive for a new law building and secures the lead gift of $12 million from Bill and Melinda Gates in honor of William H. Gates, Sr., class of 1950.

The Center for Advanced Study and Research on Intellectual Property (CASRIP) becomes a part of the UW School of Law.

Public Interest Law Association (PILA) established. The student body initiates and overwhelmingly approves a mandatory public service requirement — all J.D. students, beginning with the class of 1997, are required to perform at least 60 hours of public service legal work during their second or third year in order to graduate. 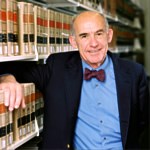 Professor Roland Hjorth appointed dean. He continues the drive for the new building and by 2000, meets the minimum private funding goal of $34 million.

Graduate Program in Taxation established by Professor Meade Emory. The program provides a rigorous study of tax law using a combination of full-time faculty members and leading practitioners drawn from the Pacific Northwest. 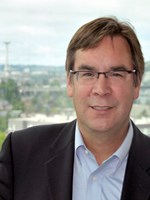 The Native American Law Center (director, Robert Anderson) is established to carry on and expand the work of Professor Ralph W. Johnson through its work with tribes, individuals and governments in the Northwest and across the country.

The Center for Law, Commerce & Technology is founded with support from Microsoft, Boeing and the Washington Research Foundation. In 2002, the Center is named to honor Roger Shidler, one of the founding members of Shidler McBroom & Gates which later became the firm of Preston Gates & Ellis.

The Graduate Program in Intellectual Property Law is established.

The law school and the Marian Gould Gallagher Law Library move back to main campus into the new William H. Gates Hall.

Shidler Journal of Law, Commerce & Technology launched; it is the first online journal at the law school.

The William H. Gates Public Service Law Scholarship Program is established with a $33.3 million gift from the Bill & Melinda Gates Foundation, in honor of William H. Gates, Sr. The scholarship provides full tuition and expenses to five incoming students every year who commit to public service legal work when they graduate.

Health Law LL.M. Program is established. The program is designed to harness the strengths of internationally known schools of law, medicine, public health and public policy to create a multidisciplinary, collaborative approach for improving individual and global health. 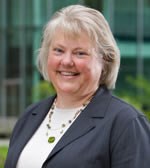 Kellye Testy appointed dean. She is the first permanent female dean in the School of Law's 110-year history. 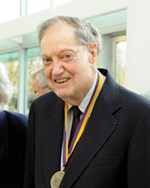 Jack Rupert MacDonald '40 leaves an estate gift of $56 million to UW Law, the largest estate gift in the history of the University of Washington. The gift funds the Jack MacDonald Endowed Chair, student scholarships and general educational needs at the law school.

The UW School of Law, having helped to develop the curriculum, begins offering classes toward a degree in support of the Washington Supreme Court's Limited License Legal Technician (LLLT) Rule.

The Master of Jurisprudence program is established. The graduate-degree program is designed to provide a strong education in the law to enhance qualifications in many professional arenas.

The Gregoire Fellows Program established to recognize students for their academic and professional achievements, unique perspectives and experiences, and leadership potential to diversify the legal profession in Washington.

Mario Barnes, a nationally recognized scholar for his research on the legal and social implications of race and gender, officially assumed the Toni C. Rembe deanship of UW School of Law on July 5, 2018.