Dean Kellye Y. Testy Nominated to be President-Elect of AALS 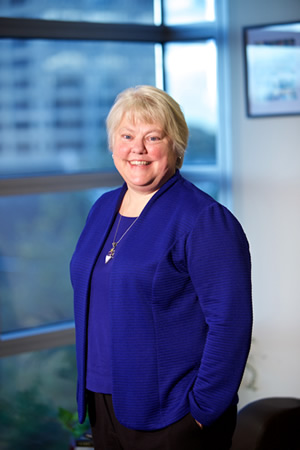 The Association of American Law Schools' (AALS) Nominating Committee has selected University of Washington School of Law Dean Kellye Y. Testy for the position of AALS President-Elect. The nomination will be voted on at the AALS Annual Meeting in Washington, D.C. in January.

"The Nominating Committee is proud to recommend these three individuals, whose careers exemplify dedication to teaching and scholarship, while at the same time reflecting high levels of superb service to AALS and to legal education," Lauren Robel, chair of the Nominating Committee for 2015 Officers and Members of the Executive Committee, wrote in a memo. "The Committee received a number of nominations for the three positions to be filled. The selection process was difficult because so many candidates had impressive scholarly, service, and teaching credentials. The individuals we recommend are not only accomplished teacher-scholars, each has also been a highly capable volunteer for the AALS."

Dean Testy, who is currently serving as a member of the AALS Executive Committee, was named dean of the University of Washington School of Law in 2009, the first woman to serve in that position. She received her B.A. from Indiana University at Bloomington and graduated summa cum laude from the University of Indiana School of Law where she was editor-in-chief of the Indiana Law Journal. Dean Testy has published extensively on topics including business law, gender and the law, social justice and legal education and has forthcoming articles in both the Washington Law Review and the University of Toledo Law Review.

Dean Testy began her legal career working for Kirkland & Ellis in Chicago, and after graduation from law school, she clerked for Judge Jesse E. Eschbach, U.S. Court of Appeals for the Seventh Circuit. At the end of her clerkship in 1992, she began her academic career. She joined the faculty of Seattle University Law School and became its dean in 2005. Dean Testy has received numerous honors and awards, including the President's Award from the Washington State Bar Association, the Washington Women Lawyers, and the King County Women Lawyers. She also received the Washington State Trial Lawyers Public Justice Award and three Outstanding Teacher Awards. She received Seattle's 2013 Women of Influence Award.

Dean Testy has been actively involved with the AALS for several years. She served a three-year term on the Committee on Recruitment and Retention of Minority Law Teachers and Students (2007-2009) and was a member of the 2009 Planning Committee for the highly successful Conference on Business Associations. She also chaired the Planning Committee for the AALS Workshop for New Law Teachers (2010). Most recently, she served as co-chair of the AALS Section for the Law School Dean. She is a current member of the AALS Committee on Audit and Association Investment Policy and the AALS Executive Committee.

In addition to her work with the AALS, Dean Testy has also served on the Board of Governors of the Society of American Law Teachers as well as several committees of the ABA Section on Legal Education. In 2010, she chaired the ABA New Dean's Workshop and has been a long-serving member of its faculty committee.