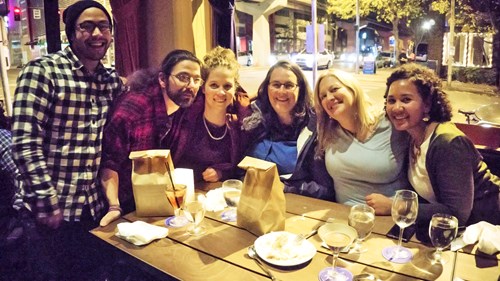 Donovan was met at Clallam Bay Corrections Center by his attorneys, IPNW Director Anna Tolin, Legal Intern Richard Devenport and former Intern Lauren Connor. After a welcome cup of fresh coffee, Donovan took a walk on the beach while a pair of bald eagles landed nearby.  Richard Devenport had recently visited Donovan in prison and said: "Watching Donovan walk free and confront the sea, made even the Juan de Fuca look small in comparison."

Despite a lack of physical evidence tying Donovan Allen to the crime, he was convicted after a second trial in 2002. Police elicited a false confession that was presented to the jury along with testimony from jailhouse and other incentivized informants. DNA tests ultimately refuted the theory of guilt presented at trial. The tests excluded Donovan from critical crime scene evidence and identified DNA from Brian Kitts on the gun used to bludgeon the victim and the collar of the shirt she was wearing when she was strangled.

The tragedy of losing his mother to a brutal crime and spending his entire adult life wrongfully imprisoned weighs heavy on 34 year-old Donovan. He expressed his deep gratitude to those who fought for him and noted, 'I’m so relieved this part is over, I am looking forward to new beginnings.'  After leaving prison, Donovan took in the natural beauty of the Olympic peninsula, the holiday lights in Seattle, and enjoyed what he described as the best meal he has had in 16 years – a delicious steak courtesy of Palace Kitchen – before heading home for some much needed rest.

"Donovan is a remarkable young man who has relied on his creative talents and faith to endure the unimaginable," Tolin said. "It has been a privilege to work on his case, and Innocence Project Northwest is proud to have Donovan as part of our exoneree family."