Founded in 2015, the Gregoire Fellows program connects law students with leading Puget Sound area businesses and law firms and supports students throughout their education. Students receive paid summer internships with participating law firms and legal departments after the first year of study, and financial assistance for bar exam preparation at the end of their studies. The fellows also have opportunities to participate in a mentorship program with former Governor Gregoire. 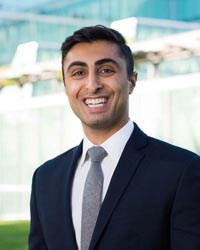 Kayvon Behroozian joins the UW Law community after serving as a Policy Advisor to the White House Domestic Policy Council under the Obama Administration, where he worked to make nationwide progress on policies that reduce the unnecessary incarceration of people with mental illness and substance-use disorder. Through his role as a member of President Obama’s Data-Driven Justice team, Kayvon, in collaboration with state and local law enforcement and policy leaders, helped lead the development of policy recommendations and strategies for local jurisdictions to adopt in order to improve outcomes for those most vulnerable to becoming justice involved. Kayvon holds a Bachelor’s in Politics from Whitman College, in Walla Walla, WA and is originally from Woodinville, WA.

“While I am unsure exactly where my law school path will lead, the desire to advocate for just-justice is the reason I came to law school, and will be the principle that guides me until graduation and into what comes next.” 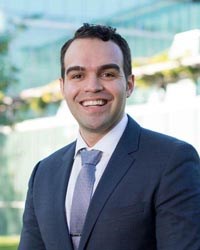 A former police officer with the Kirkland Police Department, Daniel is very familiar with the criminal justice system having investigated numerous cases involving narcotics, sexual assault, and identity theft. His passion for advocacy stems from his experiences raised by a single mother on the east coast. As an Army Vet, Daniel was based at Joint Base Lewis-McChord and was deployed to Iraq receiving numerous recognitions for his service.

“I am truly honored to have been selected as a Gregoire Fellow. I am thrilled to have the opportunity to gain practical knowledge, develop my professional network, and create relationships with leaders in the legal community. Our state’s legal profession needs diverse professionals, as it is they who can best meet the needs of our growing minority communities. I am humbled to be supported by this Fellowship in my effort to bring positive impact to these communities.” 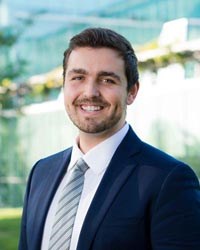 Originally from Crawley, UK, Jevan earned a bachelor's in Art and a master's in Information Science at Cornell University where he was a Research Assistant in the Social Computing Lab and Social Media Lab. Building upon his advocacy for LGBTQ, indigenous and seropositive communities, Jevan’s research interrogates emerging ethical, legal and policy issues of bias and discrimination in data-driven practices and online platforms. With his legal education, Jevan aims to bridge the gaps between technologists, policy makers and marginalized communities, while advancing social justice in technology law and public policy.

“I’m profoundly energized about the prospect of joining an incredibly talented group of scholars and advocates in the struggle to transform and diversify the legal profession. I look forward to critical debates, new partnerships, and, more broadly, the opportunity to challenge the law to consider and address the needs of marginalized and vulnerable communities.” 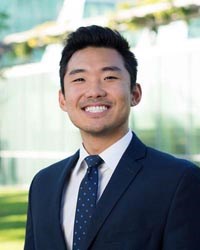 “As a first-generation American, the Gregoire Fellows Program is extremely appealing because of the Program’s commitment to diversity and excellence. The Program not only connects recipients to companies and firms that are invested in promoting diversity and inclusion, but also provides additional resources and mentorship to bring a lifelong dream of becoming a lawyer to fruition.” 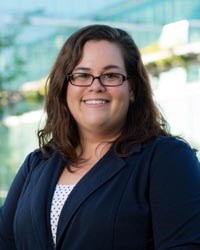 A former AmeriCorps and Peace Corps service member, Jac has always had a passion for education and advocacy. She has taught reading in her home town of Coupeville, Washington, language arts in Austin, Texas and managed a job skills training program in South Africa. After spending time in the mental health field, she is now setting her sights on advocacy. Through her work with LAW Advocates and as a bailiff for Skagit County Superior Court, she has come to intimately understand the administration of justice. She is a graduate of the University of Washington where she majored in Women Studies, with an emphasis on race, ethnicity and gender.

“It is too soon to tell if the Sotomayors are the exception to the rule or the first step in changing the rule. To ensure that it is the latter, there need to be more diverse voices in the legal profession. I hope to one day be the inspiration for someone else who has the fearlessness to achieve." 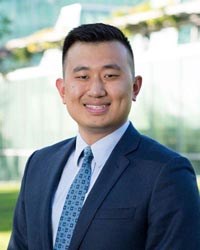 As an analyst at the Climate Policy Initiative in San Francisco, David was responsible for quantitatively evaluating international renewable energy, sustainable land use, and climate adaptation policies for all sectors of clients. His commitment to issues surrounding environmental and global issues led him to internships with the U.S. Department of the Treasury and with the Chicago Council on Global Affairs. He is a graduate of the University of Chicago where he received academic honors.

“It is nothing short of an absolute privilege to be selected as a Gregoire Fellow at this critical juncture of our country’s history. Diversity and justice in the legal profession have never been more important to prioritize. As a first-generation law student and son of Asian immigrants, I am excited to learn from leaders who are invested in maintaining and improving the rich diversity of Seattle’s legal community. As an advocate for corporate sustainability and climate justice, I am eager for the opportunity to work with these leaders at the intersectionality of traditional legal practice and some of today’s most pressing environmental policy and justice issues.” 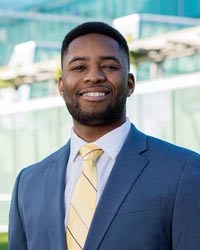 A recent graduate of Washington State University, with a double major, Dalvin is excited to join UW Law bringing his wealth of leadership experience. Dalvin served many roles during college including serving as Senator for the College of Arts & Sciences for their ASWSU, Treasurer for the WSU College Republicans, and Associate Justice for the ASWSU Judicial Board.

“I am very excited to gain firm and business experience from some of the most respected leaders in our community. Growing up, I had dreamed of what it would be like to work for many of these industry leaders and I am humbled to have the opportunity to live out that dream. However, the most appealing aspect of the Gregoire Fellows Program must be the mentorship we will receive from the former governor. Her tutelage will be invaluable as we begin navigating the legal profession. Soon, I hope to use my UW Law degree as a tool to begin building a better legal system for all.” 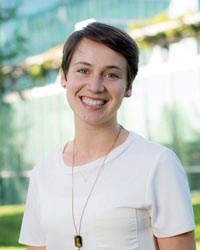 “It is an honor to be given the opportunity to participate in a program that aligns so well with my personal values and professional goals of achieving greater racial and economic equity in the Greater Seattle region. I look forward to connecting with a strong peer cohort and gaining hands-on legal experience this summer. I am also excited to meet and work with a mentor in the legal field.” 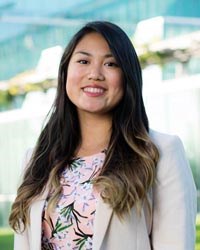 Originally from Federal Way, WA, Casey returns to the Pacific Northwest after working as a project analyst at the law firm Shepherd, Finkelman, Miller & Shah LLP. At the firm, she worked on a variety of cases across different legal disciplines, focusing on ERISA and wage and hour class actions. Casey received her bachelor’s in Industrial and Labor Relations at Cornell University in 2016. While in college, she also managed and synthesized legal documents for Cornell’s Title VII Class Action Consent Decree Repository. She interned at the Senate Health, Education, Labor & Pensions Committee under Senator Patty Murray (D-WA) where her research on labor and employment issues led to relevant legislation and policy proposals.

“As a woman of color, I know representation empowers individuals to expect more for themselves. The Gregoire Fellows Program recognizes the continuing need for diversity in the judiciary world, which is incredibly important, especially in regards to the current political climate.”