Honoring the Past with a Gift for the Future

When Honolulu-based investor Jay Shidler looks at the cluster of UW Medicine buildings in the South Lake Union neighborhood of Seattle, he sees more than glass facades and the research laboratories they house.

“There’s everything you see—the buildings and the land. And there’s all the stuff you don’t see—the lease agreements, the income streams, the source of income and the value drivers influencing future income,” he says. 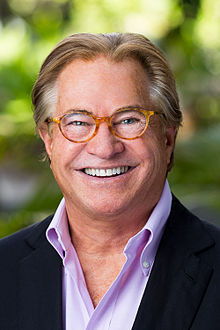 Put simply, Shidler looks into the future—and the future is in the dirt. The real estate expert recently acquired the land beneath a portion of the UW Medicine research campus in South Lake Union. Through a creatively structured gift, he’s honoring another Shidler: his distant uncle Roger, a 1924 graduate of the UW School of Law and pioneer in the field of technology law.

Jay Shidler says his love for transactions and acquisitions is a “creative outlet,” but others might call it a sixth sense. Since 1972, when he bought his first hotel in Hawaii, The Shidler Group has grown to acquire and manage more than 2,000 properties nationwide.

In 1976, one such investment was an office building in downtown Seattle kitty-corner from the law office of Roger L. Shidler, a relative he had never met. “Roger called me one day and said he was looking out his window at my new building, and that we should get together,” says Jay Shidler. “We just talked for a long time. He was a very bright guy.” Roger Shidler had co-founded the law firm in 1924. Later, with his partner Bill Gates Sr., the firm became Shidler, McBroom, Gates & Lucas. Following a series of mergers, it is today known as K & L Gates. Years later, when the younger Shidler acquired the South Lake Union parcel, his thoughts turned to Roger. “I wanted to do something for the University of Washington, and I wanted to honor Roger. A lot of things have happened in Seattle in his area of expertise—technology law and innovation. And that just seems prescient, given all the drivers of the economy in the Seattle area.”

“I wanted to do something for the University of Washington, and I wanted to honor Roger [Shidler, ’24]."
— Jay Shidler

While this gift could be worth more than $3 billion by 2116, Shidler wanted to make a more immediate contribution. Provided the rent market in that neighborhood continues to thrive, a steady stream of income will go to the UW School of Law to fund faculty in intellectual property and technology law. Shidler has also committed a substantial amount toward the existing Shidler Lecture Series.

“Jay’s investment in the Shidler Lecture Series makes an immediate impact by exposing students to leading-edge practitioners, judges and scholars,” says Kellye Testy, the Toni Rembe Dean of the UW School of Law.

“Universities are long-lived institutions,” Shidler adds. “While you and I think in terms of 10 or 15 years, 99 years is not that long ago. And to a university, ‘tomorrow’ is 10 years from now, 20 years from now, 30 years from now, even 99 years from now. You and I won’t be here. I don’t know if Boeing and Microsoft will be here. But the University of Washington will be exactly where it is today.”