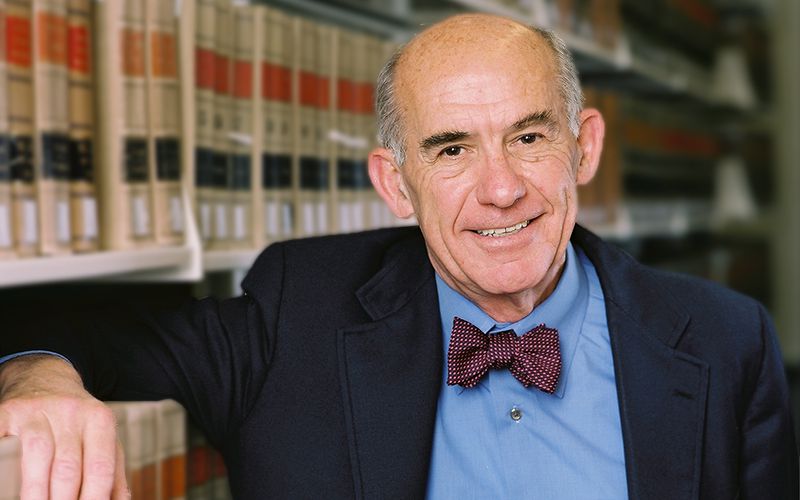 A celebration of life service will be held at 1 p.m. Saturday, July 13 at the University of Washington School of Law in William H. Gates Hall Room 138. All are invited to attend. Find more details and RSVP.

“Dean Hjorth was a visionary leader and legal scholar with an abiding commitment to UW Law,” said Mario L. Barnes, Toni Rembe Dean and professor of law. “He believed deeply in educational access, the power of diversity, uplifting public service and producing graduates who were both practice-ready and humane. These are values that our school still holds dear, and they are the very reasons I and many others were drawn here.”

Hjorth was born into a Mennonite community in northeastern Nebraska in the days before rural electrification. His first memory was thinking about how quiet it was as he watched his father till a field with a team of horses.

He graduated near the top of his class from Stanton High School and attended the University of Nebraska in Lincoln. He was able to graduate without debt by working as a waiter at the Cornhusker Hotel and living in the Norris House Co-op. He graduated Phi Beta Kappa and took a steam ship to Europe for a Fulbright Scholarship in Heidelberg, Germany.

After flying back from Europe, he attended New York University School of Law on a full scholarship as a Root Tilden scholar. He graduated Order of the Coif in 1961 and started his career at Paul, Weiss, Rifkind, Wharton & Garrison LLP in New York.

Though the firm remains prestigious, his daughter, Heather Hjorth, said her dad was not comfortable there and was “horrified by the way partners there ignored the shoe shine guys who came into the office.” He left to pursue a career in academia.

“Ron was dean when UW Law celebrated its centennial,” said Mary Hotchkiss, associate dean for students. “In a publication marking this anniversary he wrote, ‘It has been said that the ability to tell a good story is a prerequisite to a law career.’ Ron excelled at storytelling, at friend- and fund-raising, and at inspiring those of us lucky enough to work with him. If I had to use one word to describe him, it would be ‘superb.’”

Hjorth taught until 2012, and he held the Garvey Schubert Barer Professor of Law.

"I always called Ron the ‘Chancellor’ of UW Law, which fit his role as an amazing ambassador to so many stakeholders,” said Kellye Testy, dean emeritus and president and CEO of the Law School Admission Council. “Ron was equally adept in the academic and practice worlds and loved the law school fiercely. He was rightly vigorous in his advocacy for UW Law, understanding the critical role of legal education for Washington and the world.  While I miss him (and his wife, Mary) so much, his legacy of excellence and professionalism will continue to inspire us all.” 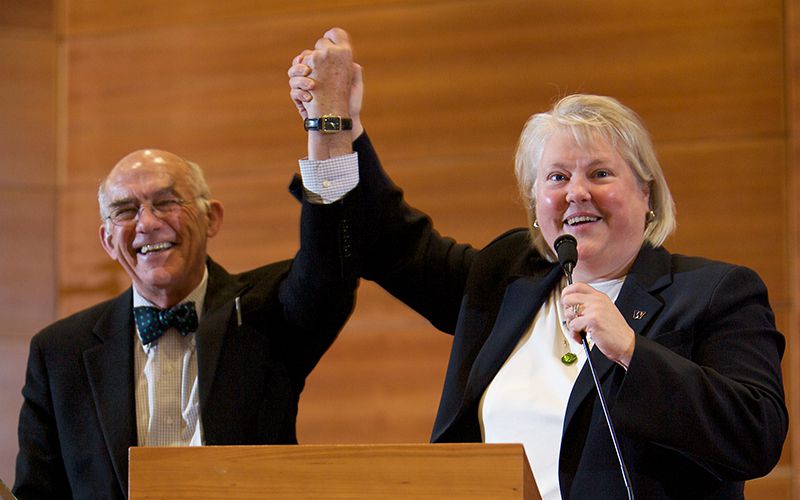 As dean, Hjorth reaffirmed the law school’s historic commitment to a diverse faculty and student body.

“Ron Hjorth was a steadfast advocate for diversity in higher education,” said Anita Ramasastry, the Dean Emeritus Roland L. Hjorth Endowed Professor. “As someone who came from a rural community, he knew the importance of education as a pathway to opportunity and was a champion of diversity, equity and inclusion at UW Law. We lost a visionary leader.”

Hjorth established UW Law’s LL.M. program in Taxation and launched the Law, Commerce and Technology and the Native American Law Centers. However, his first love was teaching.

“As a member of the UW Law faculty for 45 years, Ron taught and inspired generations of lawyers,” said Scott Schumacher, associate dean for academic administration and director of the Taxation graduate program. “He showed that tax law could be both important and interesting.”

Hjorth recognized the value of philanthropy in higher education and understood that supporting what you care about through the University made Washington and the world a better place. He played an integral role in raising public and private funds for the construction of William H. Gates Hall, which opened in 2003. He also established six endowed professorships and an endowed chair in law during his tenure as dean.

"Dad was the most successful fundraiser in UW history, in terms of an academic that wasn't a professional fundraiser,” Heather Hjorth said. “His strategy was to invite alumni to our family house for dinner that Mum would cook. This authenticity proved extremely effective.”

Hjorth was a member of The President’s Circle and recognized as a benefactor for his longstanding generosity in support of UW students, faculty and staff.

Gifts from alumni and friends established the Dean Emeritus Roland L. Hjorth Endowed Professorship to commemorate Hjorth’s retirement. The goal of the professorship is to attract and retain distinguished law school faculty, which Hjorth saw as integral to the long-term success of UW Law.

We are, at the core, an institution that seeks to educate students who will be competent, caring and ethical lawyers, devoted to principles of justice and the cause of human liberty. Roland L. Hjorth, Dean Emeritus and Garvey Schubert Barer Professor of Law

In retirement, Hjorth remained a beloved member of the UW Law community.

“I was always struck by how humble and down to earth Ron was,” said Bernadette O’Grady, who worked with Hjorth in her role as an assistant to the associate deans and filled in regularly when Hjorth’s executive assistant was away. “He was such a kind, sweet person and treated all people as equals, regardless of their role or social status. I considered him a dear friend and will miss him tremendously.”

In lieu of flowers, please consider making a gift to the Dean Emeritus Roland L. Hjorth Endowed Professorship or to an educational charity of your choice.