“It still feels surreal. But I do think a part of it has ignited a fire and a passion within so many people to fight even for just basic human rights.”

As thousands took to the streets to express anger and sorrow over George Floyd’s death at the hands of police, UW Law students leveraged their legal training and relationships to provide critical resources for protestors.

For many UW Law students like 3L Ben Canade, it was a moral imperative. 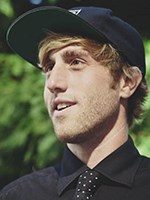 “My unique position when it comes to this broader movement is brought about by my privilege: Being able to go to law school at all is the result of the situation I was born into,” says Canade, one of myriad law students who participated in demonstrations. “It just became glaringly apparent it was our duty to connect protesters with legal resources because we were the ones who were there.”

As the summer unfolded, protestors repeatedly clashed with police in Seattle, one of the early national epicenters of the protest movement.

In speaking with people who had been arrested, ticketed, attacked or otherwise impacted by the confrontations, students recognized the need to fill knowledge gaps on important subjects, such as contesting a ticket, requesting body camera footage or how Miranda rights work.

They found opportunities to put their education into practice by creating and distributing informational materials and being physically present to answer questions. When the Seattle Police Department abandoned its Capital Hill precinct and CHOP was created, students set up a permanent table within the area.

Tanner Yamada 3L took lead on generating content. Working with UW Law Professor Mary Fan, other professors and Seattle-based public interest groups, Yamada aggregated a wealth of information and worked with colleagues to produce various “Know Your Rights” materials to share at demonstrations and within CHOP. 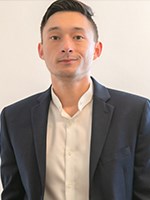 “We first had to figure out what people wanted, what would be useful and what as best as we could tell wasn't already being covered by other groups,” Yamada says. “And again, we're law students; we're not lawyers. So, everything we were doing I was outsourcing to other attorneys to review before we put anything out.”

Law students also leveraged their connections within the legal community to facilitate access for people in need to private and pro bono attorneys. Yamada says these efforts have been particularly important.

“We as law students have a huge privilege just in that we know attorneys,” Yamada says. “We’ve been so fortunate in that we know who to call, and I think that was a big part of the impetus for even doing all of this knowing that this is our position and we can help out in that way.”

Those who were on the ground on a daily basis almost invariably took punishment for it. In one instance, Canade was hit half a dozen times with projectiles that left his legs bruised and burned. He says these experiences and those of his colleagues underscore the need for action.

“I know that this has been really traumatizing for everyone involved, myself included,” Canade says. “It still feels surreal. But I do think a part of it has ignited a fire and a passion within so many people to fight even for just basic human rights.”

Amid the national wave of protests, CHOP in particular garnered national attention and became a flashpoint for critics. Depending on what story one reads, CHOP was a successful example of a community without policing, an anarchist haven or something in the middle.

But to many who were daily presences, the debate about what CHOP was or was not is beside the point. The actual legacies are the connections that were made, the alliances and organizations that were formed, and the efforts those groups are continuing to this day in the fight for racial justice.

“Things are not fair and equitable in our society, and I think sometimes in law school, it is easy for us to be in a bit of a bubble,” Canade says. “And I just would hope the people show up for the movement, beat your feet to the street, see what’s happening firsthand and most of all, be compassionate.”