Three days before Christmas 2011, police picked Dante Pollard for failing to pay court fees stemming from a past conviction. It didn’t add up: To his knowledge, Pollard had been paying off the balance on his legal financial obligations (LFOs) to the court. He had received no notice to the contrary.

As he sat in jail for the next week, a single father missing the holidays with his daughters, he learned a notice had been sent to a wrong address. With every passing month, Pollard unknowingly was accruing hundreds of dollars in interest — interest that can be financially devastating for formerly incarcerated individuals living in the shadows of their convictions.

“When you’re released from prison, you’re just focusing on getting back to your family,” Pollard says. “You sign these papers and you don’t even think about the fees or what you have to pay. You’re just focused on getting out. It’s one of those things where you don’t know what you’re getting into until you get hit with a warrant or a court date.”

Pollard was one of thousands of people living in debt to the criminal justice system. Today, he is a leader and advocate for Living with Conviction: Sentenced to Debt for Life in Washington State (LwC).

It’s one of those things where you don’t know what you’re getting into until you get hit with a warrant or a court date.

The organization raises awareness about financial injustices in the criminal justice system. It helps people resolve debt through education, visual storytelling and, most recently, a training program operated in partnership with leaders and students from the University of Washington School of Law. 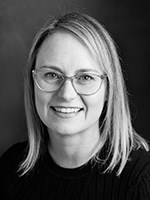 Dr. Anna Bosch, University of Washington affiliate assistant professor and director of the Visiting Scholars Program, partnered with LwC Founder and UW Law alumna Deborah Espinosa to pilot the new training program. Receiving its funding from the American Bar Endowment and Legal Foundation of Washington, the program is designed to educate and train formerly incarcerated individuals to help peers navigate the legal system and get out from under court debts.

“What excited us about using the legal empowerment approach for Washington state LFOs was that the reform provided a fairly straightforward, nondiscretionary legal remedy that just required the filing of a motion,” Bosch says. “But for this population, even going to court can be a triggering event. So, part of this training is making people prepared so they are feeling confident in what they know and the rights they have.”

Once the team had developed the framework, UW Law students Jennifer Henderson and Maana Mesbahi joined to help refine, develop and administer what would be communicated in trainings.

"You're dealing with these situations in which people make this one-time mistake and it turns into a lifetime of debt," says Henderson, who brought LFO law experience from her three years working at the Washington State Office of Public Defense. "People are trying to change their lives, trying to overcome issues that the criminal justice has forced on them, but they’re bogged down by this insurmountable debt."

RCW 10.82.090 effectively halted interest accrual on non-restitution fees as of July 7, 2018. It also allows for unpaid interest to be waived by the court provided individuals files a proper motion requesting it.

The motion is fairly straightforward on paper. The problem, says Lisa Siufanua, is that most are not even aware of the opportunity.

“Sometimes the system is quick to tell you when you’re in trouble but not as open with resources,” says Siufanua, who spent time in prison and was saddled with thousands of dollars in LFOs. Before she joined the LwC training program, the interest she had accrued on non-restitution fees was higher than the principal balance.

“No one says, ‘Hey, you can [file this motion] and bring down your payments.’ No one gave me that information.”

Sometimes the system is quick to tell you when you’re in trouble but not as open with resources.

Siufanua’s experience is not unique, says Espinosa. She launched LwC to leverage multimedia storytelling and legal empowerment strategies to advocate for an end to LFOs.

“When I look at the issues in the U.S. criminal justice system, what’s really lacking is the role of nonlawyers who are educated enough to provide information to their communities and thereby remove some of those barriers,” Espinosa says.

“Providing opportunities for others to interact on a human level, rather than in the role of a lawyer, and relating to one another in an equal setting is huge in terms of changing perception.”

To date, LWC has held numerous trainings, resulting in dozens of trainees with the newly acquired knowledge of how to file the motions. Numbers are still being collected, but so far, LwC is aware that nearly $4,500 in non-restitution interest has been waived as a result of the filing of these motions.

Henderson and Mesbahi served as mentors and provided step-by-step advice on how to properly file motions: what information one needs, where to get it, and what details, like a current address on file with the court, need to be checked off. In the time of COVID-19, the organization has shifted to virtual events, most of which are now led exclusively by formerly incarcerated and law student-certified LFO trainers.

While the progress is substantial, there is still so much more to be done to disrupt the cycles of incarceration and poverty.

"People charged with a felony are paying back their debt to society with a lengthy prison sentence, a felony on their record so they can't get a job or vote, and are also paying thousands of dollars worth of fines every year," Henderson says. "It makes people fall into this hopeless situation. And if you don't have hope, there's no reason to change.

If you don't have hope, there's no reason to change.

“In passing the reform, the Washington Legislature admitted that the 12% interest wasn't right,” Bosch says. “So why make formerly incarcerated defendants file the motion at all? This is a great illustration that reform is always the result of compromise.”

For people like Siufanua, being a part of the LFO training program and turning her experiences with the criminal justice system into ways to help others has been a positive experience.

“It’s one thing for someone to teach a subject they learned in school, but I’ve lived it,” Siufanua says. “And this is so good for me because it’s empowering. There’s not a day that goes by that I don’t feel I’m being punished, but doing stuff like this makes me feel normal, like every other person, and gives me hope.”

Learn more about Living with Conviction: Sentenced to Debt for Life in Washington State