August 3, 2020
The United States money bail system was already weighted against low-income defendants before COVID-19 dropped a boulder on the scales.

Every day, 450,000 Americans are held in jails because they cannot afford the money for pretrial release. This is where the Northwest Community Bail Fund (NCBF) comes in: The Seattle-based nonprofit posts bail for defendants through a revolving fund that is replenished when defendants appear at hearing.

But with hearings postponed due to COVID-19, that money wasn’t coming back. And while this summer’s groundswell of activism for racial justice inspired a flood of donations to the fund, the pandemic has underscored the critical need for cash bail reform in the United States 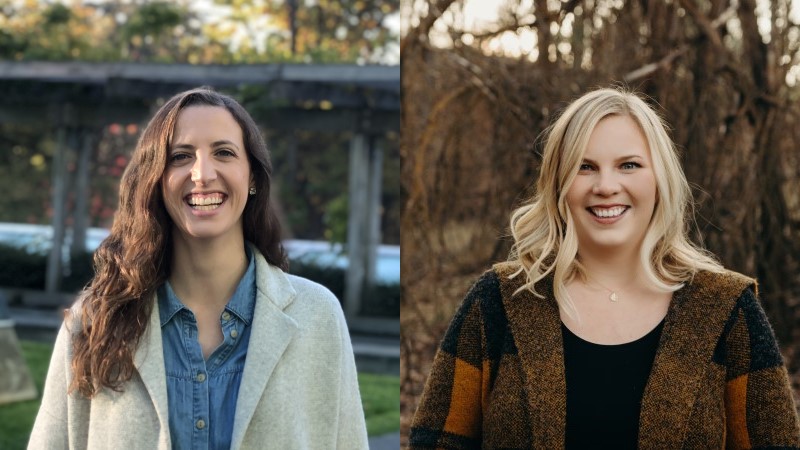 Despite the quarantine, UW Law Race and Justice Clinic students Paige Suelzle and Olivia Hagel wanted to do something to help.

“The way socioeconomic and racial inequality intersect really takes its toll on bail administration and the people who end up pleading guilty because they can't afford to be bailed out,” Hagel says. “So, the people who are stuck in jail are disproportionately people of color, and that’s really the system that we are working against.”

The criminal justice system is challenging to navigate under normal circumstances, particularly for pro se defendants. Throw a once-in-a-lifetime global crisis in the mix, and the situation becomes outright dangerous.

“COVID-19 is compounding the issue,” Suelzle says. “It’s created an even more dire need to get out to be able to practice social distancing, which is impossible to do in jail.”

Hagel and Suelzle came to law school with similar passions for social justice. Both had backgrounds in civil rights work and gravitated to the Race and Justice Clinic.

“The clinic gives us the opportunity to serve our community,” Suelzle says. “I really value both the direct representation we do and the systemic representation, and that all comes together through our work with the bail fund. We’re essentially trying to disrupt the cash bail system, but we’re also filing day-to-day motions and directly helping people.”

Led by UW Law Professor of Teaching Kim Ambrose, the Race and Justice Clinic works to disrupt systemic over-representation of youth of color in the juvenile and adult criminal justice systems through work with real-world clients.

The clinic partnered with NCBF to address the racial inequities that underpin the cash bail system. And while the pandemic severely constrains the kinds of work advocates can perform, the students sought to find ways to get money flowing back to the bail fund when it is needed most.

Bail is essentially a deposit made to the court, a financial guarantee that a defendant will appear for a hearing. But for the people who can’t afford it, nonprofits like NCBF are a lifeline.

NCBF was started by a group of community members who wanted to help neighbors handcuffed by the cash bail system. Former UW Law and Race and Justice clinic students Astor Kidane ’17 and Maddie Haller ‘16 helped advise the group as the organization got off the ground.

When a bail fund posts on behalf of a defendant, that money is recouped when he or she appears in court. Some 80% of NCBF clients make it to their hearings on time, and the money goes directly back to the organization to be used for more cases.

It's a revolving door of funds, which is why one donation goes a long way, Hagel says. But without in-person hearings, the door is jammed. There is another opportunity: the other 20%, the money put up for defendants who miss their court dates.

When a defendant fails to appear, the cash bail posted on their behalf is forfeited. The same does not apply for bail bonds, which can be returned to bondsmen if the defendant appears in court within 60 days.

Working off recent Washington Supreme Court precedents, Hagel and Suelzle crafted an argument holding that cash bail should be treated the same as bail bonds, and that if a defendant reappears in court within 60 days, that money should be returned.

Their work is paying off: The team has had a number of motions granted since the spring that resulted in the recovery of more than $31,000 in forfeit and exonerated funds. This summer, the students continue to file multiple motions a week toward the goal of catching up on NCBF’s backlog. They are currently working through 2018 cases.

This summer, donations have bolstered NCBF’s funds in efforts to help detained protestors, which in turn provided opportunities for the organization to help others. All the while, the work the clinic continues to do in partnership with the bail fund remains more important than ever.

“The people at NCBF believe, and we believe, that no one should have to stay in jail just because they can't afford to pay,” Suelzle says. “The impact that this has is actually pretty limited, and we need to do a bigger overhaul to really make a difference in people's lives. But we love doing it because we get to see a real result right away.”

Coupled with other work in the Race and Justice Clinic, this experience has helped cement the students’ passions for helping others in service of an end goal of systemic change.

“This work has been really rewarding, and I'm personally really grateful,” Hagel says. “This experience in the Race and Justice Clinic has definitely made me realize that it needs to be part of my life in some way.”

Learn more about the Tools for Social Change: Race and Justice Clinic at UW Law.