Standing midfield on a cold Seattle night, Stephanie Verdoia is in her element.

As the young coach calls instructions to her players —members of Seattle’s girls U-13 Reign Academy — they swarm around the field, punctuating the night with shouts and the hollow booms of soccer balls launched through the air. 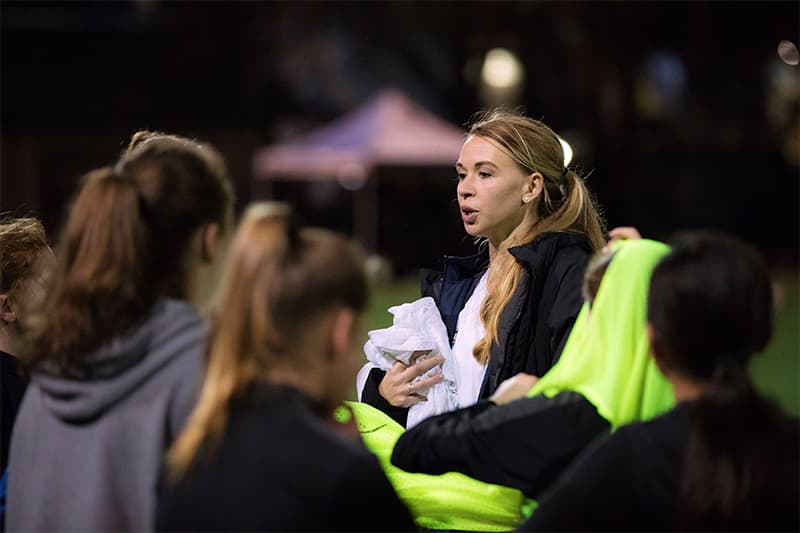 Verdoia sees herself in her players: competitive, driven, filled with an insatiable passion for the game. Those traits helped her reach the highest levels of women’s professional soccer — a career that ultimately shaped her into the law student she is today.

“There is something special about soccer,” the UW Law 2L says. “You don’t get time to second guess yourself, to focus on your mistakes. You just have to keep pushing to get past it.

“It made me reckon with the ability to not only be my best self, but to also find a way to work with others that has helped me in every aspect of life, including law school.”

The Salt Lake City native first touched a soccer ball when she was three years old. By the time she was starting for the Seattle University Redhawks, she was developing into one of the best college players in the country.

In 2015, her hard work paid off: The Boston Breakers drafted her to play in the National Women’s Soccer League, and she became the first woman from Seattle University to go pro — in any sport.

“Looking back, it fills me with a lot of pride, not necessarily just for me but because it shows how impactful my coaches and teammates were,” Verdoia says. “They elevated me to a place I was not at when I entered college.”

She signed her first contract to play for $12,000 a year, packed her bags and moved across the country to Boston.

As her first preseason unfolded, the atmosphere in the locker room was different than anything she had experienced.

“I was there to take a spot,” Verdoia says. “It's a livelihood now; it’s not just fun and games. And so learning how to work with people I was much younger than, who didn’t necessarily immediately want me there, and then trying to match their play — it was hard.”

In the end, she persevered, and later that year, she stepped onto the field before thousands of fans in Portland for the first time as a pro. The experience is one she will never forget.

It was also the start of a journey all too familiar for women athletes in the United States — one that would inspire her to want to fight for change far beyond the soccer field. 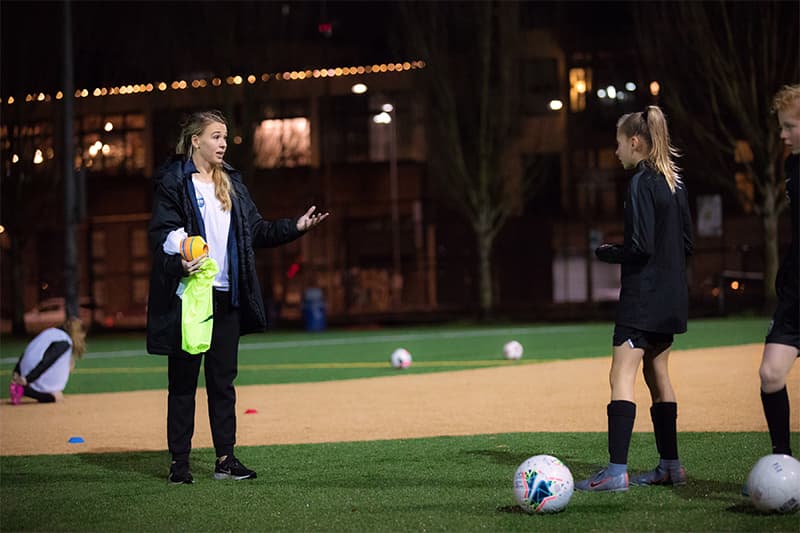 U.S. women’s soccer is in a golden age — at least on the field.

While their male counterparts have struggled, the U.S. Women’s National Team (USWNT) has authored an unprecedented streak of global dominance.

Since 1991, the USWNT has racked up four Olympic gold medals, eight CONCACAF Champions League titles and four World Cup championships. In the 2019 World Cup, they outscored opponents 26-3. Household names like Megan Rapinoe (see: The Pose) have elevated the sport to new heights and, in turn, amplified public discourse around the canyon-sized pay gap among men and women in the sport.

I was put in that position to try and advocate for my teammates while facing so many obstacles, and I thought, ‘Wow, I wish I had a skill or a degree that allowed me to continue this conversation more.’

But as Verdoia — who herself played for the U.S. Women’s National U-23 Team — points out, the team’s performance shouldn’t dictate when to talk about these issues.

“The enormity of [the USWNT’s] success compared to what they're given is mind-blowing,” Verdoia says. “Unfortunately, we are at a place where it has to be mind-blowing for people to pay attention.”

For Verdoia, those same challenges became her reality early in her pro career.

In 2019, she penned an op-ed for Crosscut detailing the financial struggles she faced in her two years with the Breakers: playing with holes in cleats she couldn’t replace; taking the bus because the club couldn’t loan her a car; eating an excessive amount of peanut butter and jelly sandwiches — the only free food available after games.

Still, Verdoia pursued a number of off-the-field efforts that proved formative for her future, taking up coaching as a way to supplement her income, and serving as a team representative for the player’s union in Boston.

Suddenly, she found she could do more off the field to help individuals like herself.

“I was put in that position to try and advocate for my teammates while facing so many obstacles,” Verdoia says, “and I thought, ‘Wow, I wish I had a skill or a degree that allowed me to continue this conversation more.’” 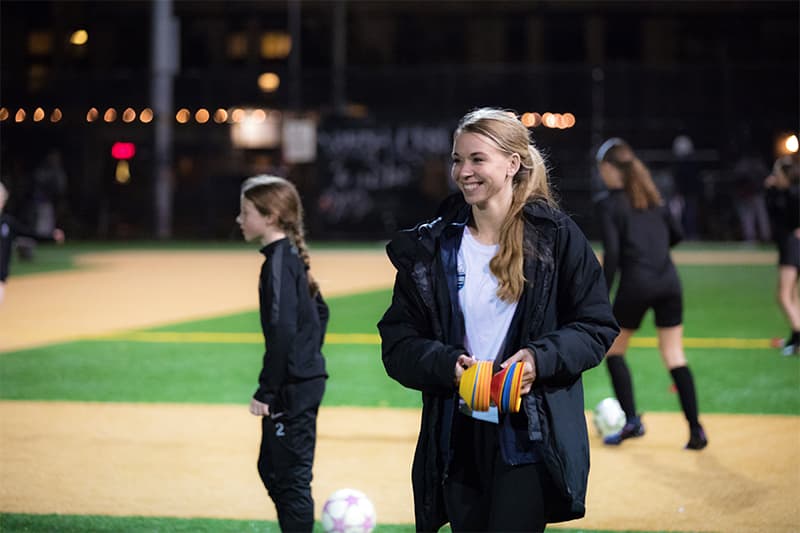 For as much time she puts in on the soccer field today, Verdoia spends many more buried in books or in a UW Law classroom.

She says her time as a pro soccer player, while difficult, shaped her into a future legal professional. The same competitive streak — the one that used to propel her across the field and past defenders — fuels her desire to make an impact on the lives of others.

She hasn’t wasted much time. Over her 1L summer, Verdoia worked for Legal Voice, a Seattle-based women’s rights organization. As a 2L, she is involved in myriad social justice efforts as part of UW Law’s Tools for Change: Race and Justice Clinic.

“What I loved about soccer and about being a student is that you're always reaching to be better,” Verdoia says. “You don't necessarily ever get to a place where you feel you’ve made it. And law is like that. It has the ability to let you become an expert in all these areas while helping people.

“That’s my dream: to not just be in this life for myself, but to never stop giving back and pushing myself to be better, to learn more, and to do more.”

These values are those Verdoia imparts on her players, though she tries to balance encouragement with her all-too-real understanding of the challenges women face in pro sports.

“These girls giving their best in sports isn't for the endgame of being a professional athlete — for me it never was,” Verdoia says.

“It teaches them to be relentless and to work with people you don't necessarily agree with; it teaches them to deal with failure. And if I can teach them to truly believe all aspects of this game are worth it regardless of where you get, they’re going to take this way farther than anyone my age has.”