Professors Emeritus Philip A. Trautman and Linda S. Hume, renowned legal educators and scholars, taught countless students over their careers at UW Law, which spanned 50 years for Trautman and more than 40 for Hume. The couple married in 2001. They both died in October 2019. He was 89. She was 76.

“We are extremely grateful to Professors Trautman and Hume for their support of our students through the decades and commitment to providing a world-class legal education,” said Mario L. Barnes, professor and the Toni Rembe Dean of the UW School of Law. “UW Law owes them a great debt for their many years of service. They were deeply engaged faculty members and vital to shaping the lives of so many of our graduates. They contributed greatly to the success of the law school and will be remembered as stalwarts of service.”

Trautman began teaching at UW Law in 1956. His research and teaching interests focused on civil procedure and conflict of laws. His Civil Procedure II courses were popular among students and were regularly oversubscribed. 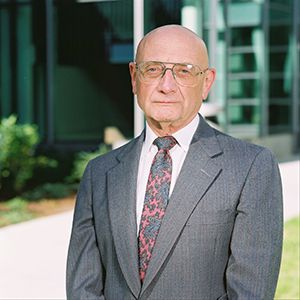 Trautman received a UW Distinguished Teaching Award in 1987. He received the Outstanding Teacher of the Year Award from the Student Bar Association in 1983, 1992, 1996 and 1999.

“Professor Trautman was a brilliant scholar, a gifted teacher and an inspirational mentor,” said Maureen Howard, UW professor of law. “I lucked out in my first year of law school to be assigned to his Civil Procedure I class, after which I made sure to take every course he taught before I graduated.”

“Years later, I joined the law school faculty and I taught Civil Procedure I myself,” Howard said. “I went to Professor Trautman for advice and he unexpectedly pulled out his teaching notes and offered them to me. His notes, with his insights and comments, helped greatly to make me the best teacher I could be. They also led to two great moments for me as a teacher: one was to be awarded the Philip A. Trautman Professor of the Year for teaching Civil Procedure, and the other was to receive a glowing peer evaluation by Professor Trautman himself.”

Hume began teaching at UW Law in 1972. Her teaching primarily focused on commercial law and property. She taught UW Law’s first Women & the Law course. She was one of the founding mothers of the Northwest Women’s Law Center (now Legal Voice). She was a faculty advisor to the Pacific Rim Law Journal and a board member of the Washington Law Review. She worked with the Washington Human Rights Commission. She also provided years of invaluable service to the University community as the Chair of the Faculty Appeals Board. 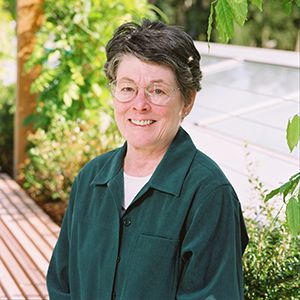 While on faculty at UW Law, Hume also served as a visiting professor at Vytautas Magnus Law School in Lithuania, Kobe University in Japan, University of Peking in China and University of Puget Sound School of Law in Tacoma.

Hume received the Outstanding Teacher of the Year Award from the Student Bar Association in 1983 and was nominated for the UW Distinguished Teaching Award in 2005.

“Professor Hume was a dedicated teacher who used a variety of methods to inspire learning,” said Mary Hotchkiss, UW principal lecturer of law. “I co-taught a six-week Introduction to Law program with her in Summer 2000. Professor Hume designed the program to orient international law students to the structure of the American legal system and the format of American legal education. The program used lectures, hands-on exercises, role plays and problem sets. Her enthusiasm and patience endeared her to these students – and scores of other students.”

“I also appreciated her many quiet contributions,” Hotchkiss said. “For example, when students sought items for the PILA Auction, Professor Hume spent hours building and donating exquisite doll houses. She found satisfaction in her craft while supporting public interest law.”