Published: July 28, 2020
Matthew Wurdeman ‘15 met Nestor in a small room deep within the Northwest Detention Center’s maze of barbed wire and concrete. At the time, neither knew the impacts they would have on one another.

Nestor was seeking asylum in the United States after fleeing violence in his home country of Cameroon. Three attorneys passed on his case before Wurdeman took it up. It was the UW Law alumnus’s first pro bono case and would become the first of many. 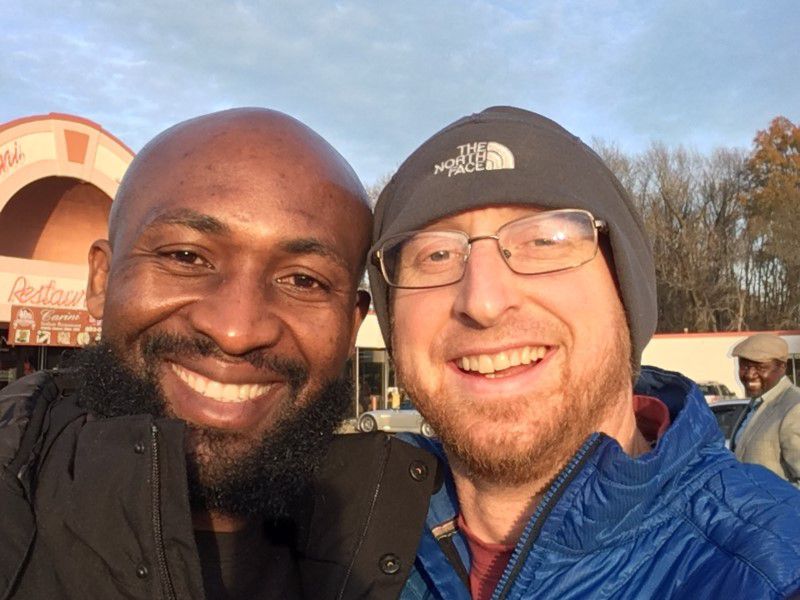 Despite many roadblocks, Wurdeman built a case that convinced a judge to grant Nestor asylum, paving the way for his new life in the United States. The experience would further cement Wurdeman’s commitment to helping those who are otherwise left to navigate a flawed immigration system alone, underscoring the importance of pro bono work in the legal community.

“Nestor was my first client, and that’s where it started,” says Wurdeman, a plaintiff’s medical malpractice attorney at Connelly Law Offices in Tacoma.

“It had a profound impact on me and showed me the limits of my comprehension: I couldn’t even begin to imagine what asylum-seekers have been through, and I have such a massive amount of admiration for the sacrifices they make to stay alive and keep their families safe.”

Born in San Diego, Wurdeman earned a B.A. from Colorado University before being bitten by the travel bug. He moved all around the globe, first to Mexico, then bouncing between jobs in South Korea and Switzerland.

Though law school was far from his mind, these experiences helped him hone the skills he would need in the courtroom.

“As a teacher in Korea, as a summer camp director in Switzerland, you’re dealing with a lot of different cultures and parents, some of whom are much more demanding than others, and you certainly run into that with client management in my practice,” Wurdeman says.

He returned stateside to Bellingham, Washington, and taught high school. But when the school closed, he was faced with a decision to continue a career in education or pursue something new. He chose the branching path.

Upon enrolling at UW Law, Wurdeman excelled and was named to both the Order of the Coif and the Order of the Barristers. He served on the Moot Court Honor Board, AAJ National Mock Trial Team, Washington Law Review and as part of Innocence Project Northwest (now the Washington Innocence Project). After graduating, he clerked for justices in the Washington Supreme Court and the U.S. District Court of Western Washington, and in 2017, he joined Connelly Law Offices.

Essentially what you’re dealing with is a life or death situation.

In 2018, the Trump Administration enacted its zero-tolerance, family separation policy at detention centers along the U.S.-Mexico border. Wurdeman saw children torn from their families and knew he needed to do something.

He reached out to the Northwest Immigrant Rights Project (NWIRP) to offer his services, but the organization was swamped with volunteers. They did, however, have other opportunities.

“They asked if I would be interested in asylum cases,” Wurdeman says, “and I said, ‘Sure.’

Nestor arrived in Washington in chains after a long, arduous journey.

In Cameroon, he was arrested by a paramilitary group for leading a peaceful protest in support of Southern Cameroon’s independence. He was held in miserable conditions and tortured until a village elder bribed guards to release him.

When he got word he was wanted again, Nestor fled to Nigeria while his family stayed in a small village with an aunt. If discovered, he would face near-certain death. He made the painful decision to flee to the United States, where he hoped to bring his family once granted asylum.

At the start of each fiscal year, the federal government sets a maximum number of placements allotted for admissions to the country. In the last year of the Obama Administration, that ceiling was set at 85,000; in 2018, the Trump Administration lowered it to 45,000. Less than 25,000 people were admitted to the country in 2018, a 58% decrease from a year before.

In order for Nestor to remain in the country, Wurdeman had to prove there was a credible fear his client faced persecution back home based on race, religion, nationality, membership in a particular social group, or political opinion. The stakes were very real.

“Essentially what you’re dealing with is a life or death situation,” Wurdeman says. “If you lose, they get sent back to their country, and in a lot of cases that is the equivalent of a death sentence, especially if the persecutor is one’s own government.”

Because of the violence Nestor and his family endured, the judge granted Nestor’s asylum claim without Nestor having to take the stand. It was still just the beginning of his experience with the U.S. immigration system, but it was also the start of a friendship with Wurdeman that continues to this day.

As of this writing, they are still waiting on Nestor’s petition to bring his family over.

Wurdeman has since taken on a number of other clients, including a college student from Southern Cameroon, who was granted parole and is awaiting her asylum hearing in New York, and a man from Russia who spoke out against President Vladimir Putin and was also granted asylum in the United States.

Most recently, Wurdeman took the case of another Southern Cameroonian named Simon. Simon, a high school teacher and vice principal, was a man without a country, as he had been tortured by both government and rebel forces for speaking out on a national radio program against the violence committed by both sides.

If you’re waiting for the right time, it’s never going to come: If you’re thinking about taking on an asylum case, do it.

He was granted withholding of removal but denied asylum due to the Trump Administration’s third-country travel ban. The latest ban states that if one entered the country after July 16, 2019 and went through more than one country, he or she would be barred from entering the United States.

Wurdeman petitioned to reopen Simon’s case in June based on a change in the law, which held that if someone had tried to enter the U.S. before July 16, 2019, the ban did not apply. After obtaining a photo of Simon’s signature in a metering book at the San Ysidro border, demonstrating he tried to enter on July 3, the judge granted the asylum motion. He is now eligible to petition to bring his family over to join him. 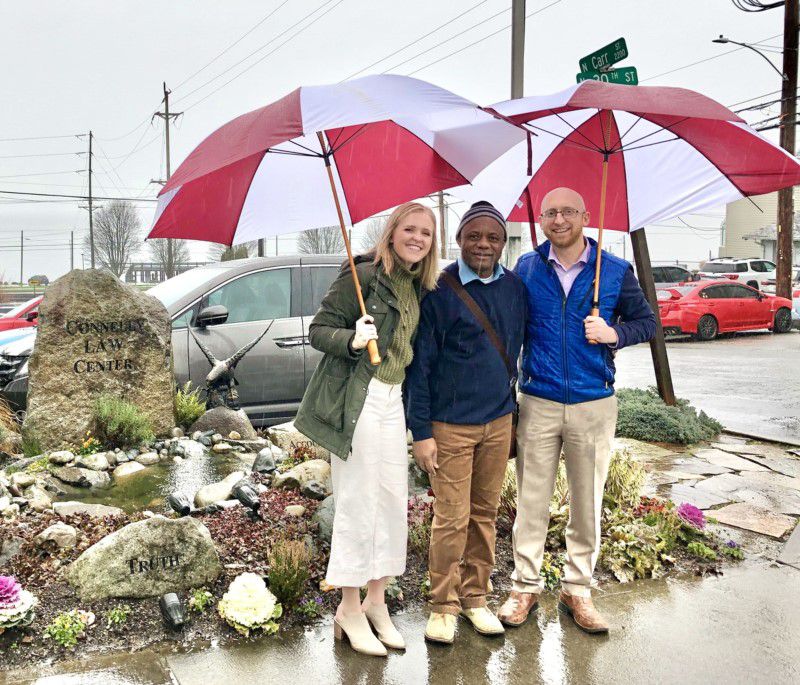 Wurdeman’s most recent client is another example of just how important pro bono work is for those who have risked everything for their families’ safety. He says his clients continue to blow him away with their strength and resilience, and he remains inspired by full-time immigration attorneys.

“There is a lot of pressure associated with these cases, and that’s what the folks at NWIRP do every day,” Wurdeman says. “I have an immense amount of respect for them and what they do. It feels weird talking about it as a pro bono attorney because I devote maybe 160 hours a year to this. But they’re doing it day in and day out. They are the real heroes of the legal profession.”

Working in immigration in 2020 can be about as challenging as it gets. Attorneys work with people who have endured unthinkable pain, hear stories that can be difficult to process, and build cases against unfavorable odds. Wurdeman and Nestor, for example, both knew the judge presiding over his case had around a 97% denial rate but were afraid to tell each other because they didn’t want to worry the other.

And yet, Nestor made such a profound impact on Wurdeman that his work as a pro bono attorney remains a foundational part of his life as a legal professional. He says this is what being an attorney is all about.

“In the practice of law, we’re always super busy, especially in litigation,” Wurdeman says. “Your schedule is always in flux, so there’s no way to plan for the right time to take on one of these cases. If you’re waiting for the right time, it’s never going to come: If you’re thinking about taking on an asylum case, do it.”