Alumni Spotlight: Policy, Practice and the Reward of Risk

There are many ways to make an impact as an attorney — something with which Ian Warner ‘11 is particularly familiar.

Over his career, the UW Law alumnus has worked in private practice, government and with one of the country’s most influential real estate companies. In each role, Warner has leveraged the opportunities and platforms to address issues most important to him.

“The single-area-of-expertise lawyer is something we just see less and less these days,” Warner says. “So, when lawyers are looking at the future of their careers, you can expect a sort of ‘Z’ shape — movement between different kinds of jobs, and maybe even different sectors, as I have. With each one of those changes, you become more valuable in your breadth of experience.” 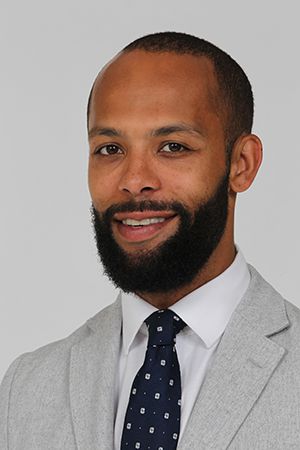 Warner is senior director of public policy at Zillow Group, where he is helping navigate a massive business channel expansion that finds the real estate giant moving into direct home sales and lending.

In addition to handling fair housing and lending issues that come with the expansion, Warner is a leader in efforts to break down barriers to home ownership for communities of color. These include initiatives to educate the public and policymakers on inequities in the housing market, and work with third-party partners to close gaps between potential buyers and housing providers.

“Black people specifically are denied mortgages at much higher rates than any other group, and what that means in terms of the wealth gap is pretty clear,” Warner says. “When you look at the progression of the wealth gap in this country, it's directly tied to real estate and homeownership.”

The Reward of Risk

Warner’s journey to law effectively began when he was an undergraduate. For his thesis as a junior at Whitman College, he proved through statistical analysis that Latino voters in Sunnyside, Washington, were being disenfranchised by how local elections were conducted. His work directly led to an overhaul of the city’s election system, and he says realizing the impact he could have drew him to law.

Fast forward to 2011 when Warner joined Seattle-based firm Dorsey & Whitney LLP. He immersed himself in state and federal litigation for clients in a wide range of fields, including banking and finance, employment, construction and more.

A turning point came a year later when he was selected to an independent monitoring team overseeing the implementation of a consent decree into which the City of Seattle and the U.S. Department of Justice were entering. The purpose of the decree was to ensure the city’s police services were being delivered in a constitutional manner, which the DOJ held was not happening, particularly in communities of color.

The consent decree remained a focal point of his work continuing into 2015, when he was recruited to serve as Mayor’s Office legal counsel. It was a natural shift given his experience, but it was not without adjustments.

“Being a lawyer for a politician changes the typical work that a lawyer is doing, and it can become more of a policy than a legal role,” Warner says. “That was definitely was the case in the Mayor's Office. But it was also based on my skill sets coming in the door — I'd been working with the consent decree since its inception, so it made a lot of sense for me to continue to work on that work.”

“It's okay to take a risk by leaving where you were to follow your passion somewhere else because that keeps us really fresh and engaged in our work.”

Seattle Mayor Jenny Durkan, for whom he worked for two years, is quoted saying Warner’s deep ties to the community are some of his strongest qualities. Indeed, Warner has served in a number of community leadership roles, including as president of the Loren Miller Bar Association, the largest organization of Black attorneys in the United States.

He also currently serves on the board of KUOW, where he lends his expertise in governmental relations, law and public relations — as well as a love of public radio — to the local NPR affiliate. In 2017, Warner was named to the Puget Sound Business Journal’s 40 Under 40 list.

Warner says flexibility and open-mindedness have been instrumental to his ability to make a difference in so many different areas.

“We change as people as we move through our careers, and that means our passions change as well,” Warner says. “It's okay to take a risk by leaving where you were to follow your passion somewhere else because that keeps us really fresh and engaged in our work.”