COVID-19 reshaped the public interest landscape, but it did not stop UW Law’s 2020 Public Interest Law Association (PILA) fellows from working on behalf of clients hit hard by the global pandemic.

The students’ experiences, while different from previous years, were meaningful and impactful.

“I came into law school extremely optimistic, thinking that if only the law was able to account for all different types of people, we could protect individuals’ rights from different cultures, different identities and so forth,” said Emily Kawahigashi 3L, who worked in the Family Services Unit at the Northwest Immigrant Rights Project (NWIRP).

“Law school has definitely changed that perception a little bit. But to a certain degree, I would say myself and a lot of my colleagues retain a degree of optimism in… changing these systems, even though these fights have been going on for decades”

Taking Up the Fight

Kawahigashi was exposed firsthand to systemic inequities facing underrepresented populations while living in Thailand and working with migrant workers in Nepal. 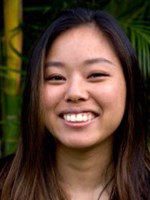 At NWIRP — which defends and advances the rights of immigrants through direct legal services, systemic advocacy and community education — she worked with families applying to become legal U.S. residents through family-based petitions.

Family-based petitions are predicated on existing familial relationships with U.S. citizens and lawful permanent residents, and they are a common pathway for legally entering the United States. However, COVID-19 made an already difficult process more so by lengthening waitlists and limiting in-person hearings.

During her fellowship, Kawahigashi maintained regular contact with clients, gathered materials for background checks, wrote up declarations and reviewed petitions.

Kawahigashi also supported NWIRP attorneys with deportation defense. Clients, especially clients incarcerated in the Northwest Detention Center in Tacoma, are often at the mercy of the discretion of the U.S. Immigration and Customs Enforcement (ICE). Kawahigashi navigated a profusion of roadblocks that commonly render clients ineligible for relief.

“One thing that law school has taught me that I was not aware of before is just how long [systemic inequity has] been a part of U.S. law,” she says. “This has been an ongoing battle for decades and decades, and I think continuing to push these issues is extremely important.”

“There is a new generation that's coming up to take on this fight.”

These experiences further fueled Kawahigashi’s drive toward a future legal career in public interest. In the meantime, she continues to leverage her unique role as a law student in meaningful ways, including as current co-president of UW Law’s Asian/Pacific American Law Student Association (APALSA).

“The energy that we as law students are able to bring to these causes is extremely important,” she says, “and I would like …folks [to] realize that there is a new generation that's coming up to take on this fight.”

Washington was not the only part of the country where students dedicated their time. In New Mexico, Bill Schrader 2L brought his long-time interest in criminal justice to life at the Law Offices of the Public Defender for the State of New Mexico. 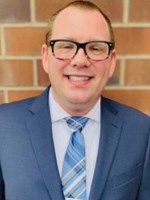 There, he had the opportunity to work on cases from a multitude of angles: drafting motions to suppress evidence; conducting pre-trial witness interviews; and sitting in on trials taking place due to the state’s immense backlog.

“The number one thing that I learned — and this sort of was my supervising attorney’s motto — was that guilty or not, it is the state's responsibility to go through her if they want to convict the client,” Schrader says. “The role of the public defender is to zealously advocate for indigent people, regardless of guilt or innocence, and the job of the state is to prove their case beyond a reasonable doubt.”

Schrader says his interest springs from his background growing up in Everett, Washington, where he was directly and indirectly impacted by the criminal justice system. He says he feels fortunate to have ended up on the path that led him to law school and, ultimately, to an impactful legal career.

“If they want to get your client, they have to get through you.”

His time in New Mexico was an important step toward that aim. Two of the motions Schrader worked on were accepted and granted, and the team for which he worked secured two “not guilty” verdicts during his time there.

The early successes are encouraging to his pursuit of a career helping others from similar backgrounds and experiences.

“I really enjoyed participating in the whole trial process, and unlike only one case, I got to be a part of bits and pieces of many different ones,” Schrader says. “It was nice to be with an organization that was not only doing public interest work, but one that was also really kicking some butt.”

Chrissy Svihus 2L had her sights set on working with Washington’s Unemployment Law Project (ULP) long before wrapping up her 1L year at UW Law. When COVID-19 hit, that work became more important than ever. 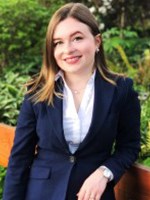 The statewide, not-for-profit firm provides advice, education, advocacy, legal services and representation to unemployed workers. By the time Svihus joined the project amid record unemployment, there was a backlog 80,000 cases strong and counting.

“It was a struggle just to get to the point where we could represent clients because the appeals process was so backed up. So, you have all these people who are not getting benefits,” Svihus says. “In the meantime, they are receiving absolutely no money while being unemployed to no fault of their own.”

ULP was working with a firm suing the state’s Employment Services Division over how the organization was processing the backlog. At the start of the pandemic, Washington faced a rash of fraudulent unemployment claims, and part of ESD’s response was to withhold benefits while vetting claims more thoroughly. ULP took the position that individuals should be receiving benefits during the vetting process.

“It's inspiring to see that professionals who are working in their own lives and careers can still devote their time to help out with something that's such a huge issue.” (Svihus)

As part of this broader effort, Svihus processed intakes for new clients and participated in a large-scale research project focused on how the state funds unemployment through its tax system.

Furthermore, Svihus was assigned to her own case, representing a woman whom the state claimed did not have a valid job offer before filing for unemployment.

By researching, interviewing witnesses, speaking with previous employers and consulting with her supervising attorney, Svihus represented her client at hearing and won. The experience, she says, left a lasting impression while underscoring the need for civil legal aid in Washington state.

“Time and time again, people have life-changing situations happen, and simply not getting unemployment benefits has consequences that go everywhere — housing, health…” she says. “It's inspiring to see professionals — who are working in their own lives and careers — still devote their time to help out with something that's such a huge issue.”